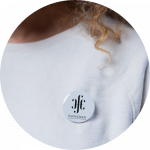 Born in Rome in 1955, Matteo D’Amico began the study of composition under the guidante of Barbara Giuranna, and continued at the Conservatorio di Santa Cecilia with maestri Luigi Andrea Gigante, Guido Turchi and Irma Ravinale, obtaining a diploma in composition and choral music. From 1981 to 1983 he was a pupil of Franco Donatoni in Siena and Rome, obtaining the diploma of merit from the Accademia Chigiana and the post-graduate diploma from the Accademia di Santa Cecilia. In 1984 he graduated in literature.

Having spent his formative years in a musical environment strongly influenced by the personality and work of Goffredo Petrassi, as Rome was, and then having had the experience of studying with Donatoni, D’Amico has from the start been naturally drawn to paygreatattention to the rational and discursive aspects of composition, condensing them in writing that is agile, lively and rich in contrasts of rhythm and timbre. In the course of 1985 he won firstprize in three international composition competitions: “Martin Codax” (Vigo, Spain), “Valentino Bucchi” (Rome), and “MC2-Radio Frante” (Avignon). In the following years many of his chamber and symphonic works avere performed both in Italy and abroad, particularly by radio orchestrar in Italy (Rome, Turin and Naples), Holland (Radio Chamber Orchestra and Radio Philharmonic Orchestra) and France (Nouvelle Orch. Philarmonique), and by the major Italian regional orchestras; he tookpart in numerous conventions and festivals ofcontemporary music, including “Opera prima” (’82), “Festival Internazionale Pontino” (’83 and ’86), “international Gaudeamus Musikweek” (’84 and ’86), “Nuova Consonanza” (’84 and ’87). “Musica nel nostro tempo” (’89), “MIDEM” (’89), “Romaeuropa” (’86 and ’92), “Festival Internazionale di Alitante” (’86), etc.

In 1988 his composition L’Azur (first prize in the “Music Today Contest ’89” in Tokyo, performed afferwards with great success in Rome, Turin, Prague and Athens) marked the beginning of a special rapport with the poetic works of Mallarmé which has since borne more fruit, such as Sonnets et rondels, performed in the seasons of the RAI Orchestra in Rome and the Teatro Massimo in Palermo. In these, and in other works of the same period, D’Amico broadened his experience in the field of contemporary vocal writing, on a quest for his own stylistic model that would escape the danger of becoming homologized into the lingua franca of the musical avant-garde. More recently, his work The Entertainment of the senses, based on the last poem written by W.H.Auden, has been performed by Luisa Castellani in te Accademia of S.Cecilia concerts (2006) and Auden Cabaret, a radio-version of the same work, reported a special mention at the prix Italia 2006.

Since 1990 D’Amico’s activity has been increasingly concentrated on the relationship between music, poetry, theatre and dance. His operatic debut took place at the Cantiere in Montepulciano with Gli spiriti dell’aria, to a libretto by Mauro Conti after Scarpetta, which was followed by the scenic cantata Angelus novus, a tribute to Lorenzo il Magnifico, performed in ’92 at the Teatro Olimpico in the season of the Accademia Filarmonica Romana, and the “Myth in musical form” La torcia e il melograno – a reworking of the story of Demeter and Persephone with an ecological slant – performed in ’94 in Palermo as one of the events dedicated by the Teatro Massimo to contemporary work. In the years immediately following he wrote three one-act operas: Farinelli, la voce perduta, libretto by Sandro Cappelletto (Festival Operaincanto, 1996); Amin, libretto by Giovanni Carli Ballola (Teatro Massimo of Palermo, summer season 1996); and II cambio, libretto by Auro d’Alba (Verona, 1998). In the following years came on the stage La Finestra sui giardini di Kensington (2000), based upon a text by G:Carli Ballola which has a new view of the character of Peter Pan; the two chamber operas Dannata epicurea (2004, Palermo, Teatro Massimo, libretto by Sandro Cappelletto) and Lavinia fuggita (2004, Modena, Teatro Comunale, based on a novel by Anna Banti).

Sacredmusic has occupied an important place in D Amico’s work, with the composition of two motets for soprano and strings (Attende Domine and Jubilate Deo)and a Sanctus for soloists and orchestra, which is an integral part of the Requiem per le vittime della mafia, a collective work realized in 1993 with six other Italian composers. His most recent sacred work is a Stabat Mater with text by Vincenzo Consolo, composed in 1999 for the Sagra Musicale Umbra and performed by Mariella Devia, Marina Comparato and Maddalena Crippa.

Among the orchestral works three of them specially stand out: Rime d’amore,(1998) a setting of poetry by Torquato Tasso commissioned by the Orchestra dell’Accademia di Santa Cecilia and performed by them in Rome under the direction of Giuseppe Sinopoli; Verdi versus Wagner, (2001) based on a text by S.Cappelletto and performed by Paolo Carignani and the Museumsgesellschaft Orchester to celebrate Verdi’s centenary; Le creature di Ade (2004) performed by Daniele Gatti and the Orchestra of Teatro Comunale di Bologna.

Since 1984 he has also written stage music for the straight theatre, where he has collaborated with some of the most distinguished Italian directors: Squarzina, Costa, Cobelli, Monicelli, Missiroli, Guicciardini, Carriglio etc.

Amongst his works there are also two orchestrations of pieces by Leonard Bernstein: La Bonne Cuisine (4 songs for voice and piano) and I Hate Music (5 children’s songs for soprano and piano), performed in August 1993 by I Pomeriggi Musicali orchestra.
He holds the chair of composition at the Conservatorio `S.Cecilia” in Roma. From 1987 to 2000 he was artistic director for the Accademico dell’Accademia Filarmonica Romana; from 2000 to 2002 he was artistic director for the Teatro Comunale of Bologna. Since 2006 he is permanent member of the Accademia of S.Cecilia in Rome.

He has published the following essays: