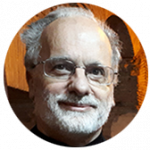 An alumni of the Conservatories of ‘Giuseppe Verdi’, Milan and ‘Santa Cecilia’, Rome, Orazio Vìcari studied the violin with Arrigo Pelliccia and viola with Alfonso Ghedin, graduating with honours. He was then admitted to the Accademia Nazionale di Santa Cecilia in Rome, under the tutelage of Riccardo Brengola. He obtained the diploma of merit at the Accademia Musicale Chigiana, going on to win the 1982 Peterlongo award for the chamber music ensemble. He has been a member of numerous symphony orchestras and chamber ensembles, giving concerts internationally including in Switzerland, Austria, Germany, France, Spain, Portugal, the United Kingdom, Norway, Eastern Europe, North and South America, the Middle and the Far East. He is currently Professor of Violin at the Conservatory of Rome. After being a member of the RAI Symphony Orchestra of Rome until its closure in 1994, he moved his performing career to Venice, notably with the Virtuosi d’Opera, performing over three thousand concerts.

Maestro Vìcari is frequently invited to hold Masters-level courses in Italy and across Europe. Alongside his academic activities, he has worked for thirty years as a soundtrack artist with light professional discography, and in recent years has also developed his interest in early music teaching, garnering a collection of historic Italian instruments.